Pewter, less expensive than silver, but just as striking and beautiful, is thought to have been first made in the Bronze Age, with bronze and pewter being related alloys. Pewter is mostly made up of tin, with a small amount of copper (and antimony), while bronze is mostly made of copper, with a small amount of tin. Metallurgists have speculated that pewter could have been invented when the quantities of metal in the alloy were reversed, either by accident or design.

Pewter has been crafted into both useful and beautiful objects for at least the last 3 millennia; with references to be found in the Bible, ancient Egypt and the Roman Empire. Trade in tin can be traced back to the Phoenician times, followed by the Romans – in fact, it is thought that the availability of pewter's primary raw material, tin, in Britain, is what prompted Caesar to invade having followed early Phoenician trade routes. Tin is the fourth most precious metal today after platinum, gold and silver, and pewter has long been prized as an alternative to silver.

Early sources of tin in Europe came from Cornwall, Devon, Brittany and the Iberian Peninsula. Italy was also supplied with tin from Tuscany until Roman times, but, according to Pliny the Elder, tin mining was halted on the Italian peninsula in 80 AD by senatorial decree. The centre of the Italian pewter industry, Venice, imported its tin from the Middle East until the 15th Century, when cheaper sources of tin became available from Cornwall, which supplied the region until modern times. 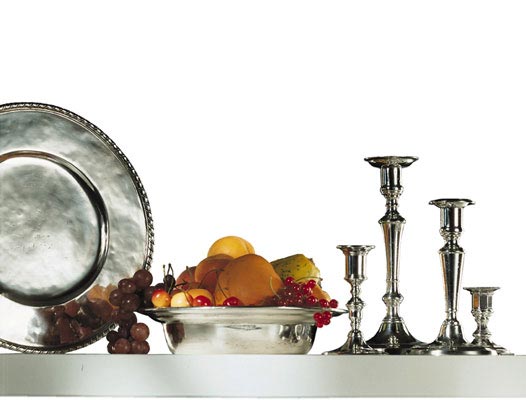 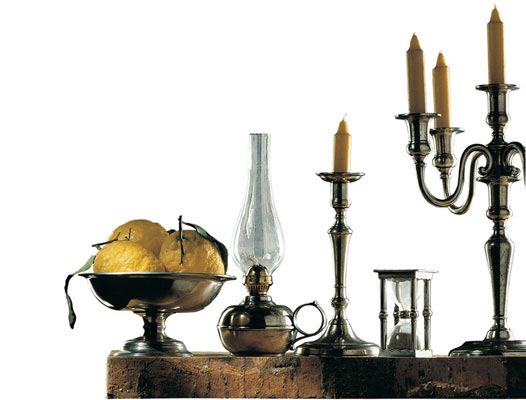 From the Dark Ages through to Enlightenment

During the Dark and Middle ages, pewter production was limited due to conflicts throughout mainland Europe which curtailed tin production, and pewter was used primarily for religious iconography, but also by rich merchants and royalty. It is said that in 1290 AD, Edward I had over 300 pewter dishes, salts and platters, but no silverware! Later, especially by the Renaissance period, with increases in the overall standard of living as well as cultural enlightenment across Europe during the 14th -17th Centuries, pewter became important within the social and economic evolution of society, with pewter gradually replacing wood and clay as the mainstay materials for home-wares, such as plates and cutlery; pewter being a more durable material. Craft guilds developed throughout Europe during this time, regulating the quality of work by pewterers, including the Guild of Pewterers in Nuremberg, the Worshipful Company of Pewterers in England. Italy offered a very rich and varied landscape of experiences, beginning with the name of these institutions from city to city: Arts, Orders, Colleges, Scuoles or Fraglie in Venice, and Paratici in Brescia..

The Golden Age of Pewter

The 16th & 17th Centuries were the Golden Age of pewter, with pewter being the chief component of tableware and liturgical objects universally used across Europe, such as plates and candlesticks. The art of casting had become so sophisticated that truly beautiful pieces could be achieved, especially hollowware (tableware such as creamers, tea pots and tureens) coinciding with the craze, at that time, for new-fangled beverages, such as coffee & tea, as well as carafes and tankards, alongside the age-old staples of wine and ale. Pewterware became prized not just for its utilitarian purposes, but for its decorative beauty and as works of art. 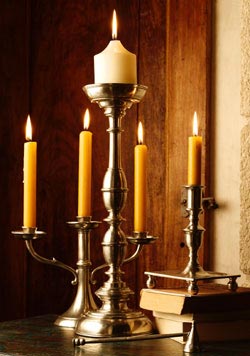 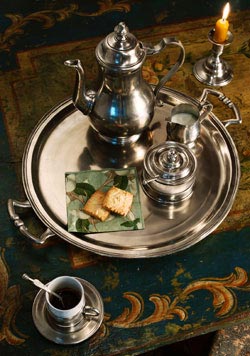 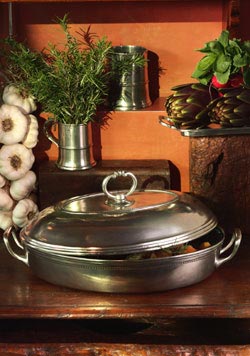 Fickle Fashions of the 19th Century

By the 19th Century, the era of classicism and the ensuing predilection to utilitarian clean lines, so popular during the Biedermeier period, meant the pewter made in these styles looked cold and sterile, and so the affection for pewter, whilst not dissipating altogether, nevertheless waned. Once decoration began to be de rigueur again in the latter part of the 19th Century, most notably the fluid organic style of Art Nouveau (or Stile Liberty as it was known in Italy, after the specific style created by the London store, Liberty & Co), porcelain, glass and steel had largely usurped pewter as the material of choice, exacerbated by developments in the mass production of these materials. It was around this time that a type of pewter, known as Britannia Metal or Britannia Ware, had become popular for its more silvery appearance and smooth surface, which suited fashions at that time. The floral style of Art Nouveau enabled pewterers to craft some real masterpieces by the likes of Orivit of Cologne, WMF, and J.P. Kayser and Sohn Ag in Germany, and Liberty & Co in the UK, whose ‘Tudric’ pewter embraced Art Nouveau and Celtic Revival styles. Art Nouveau pewter was, and still is, particularly sought after by collectors. 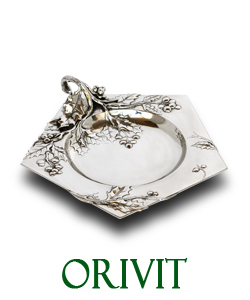 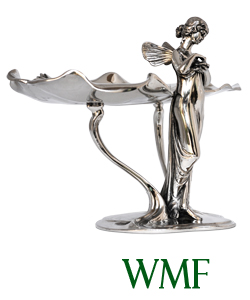 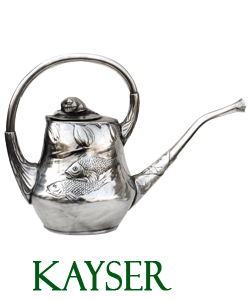 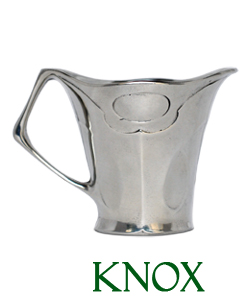 Thankfully a number of artisanal workshops managed to survive post-war industrialisation, and handcrafted pewter today is going through a resurgence, particularly the famous pewter producing region of Northern Italy, extremely well regarded globally for designing and manufacturing its highly esteemed tableware. Free of traces of lead, by law, since the 1970s, many pewter workshops have kept the forms of traditional styles that go back generations, since the moulds where the alloys were fused were costly to replace and therefore handed down from generation-to-generation by the craftsman. However, as a fantastically versatile material, pewter workshops, depending upon the skills of the pewterers within, are able to produce innovative and elegant designs, marrying the heritage of pewter, using the traditional value of craftsmanship, with a freshness of 21st Century design, which allows the ancient material of pewter to hold its own in contemporary times. 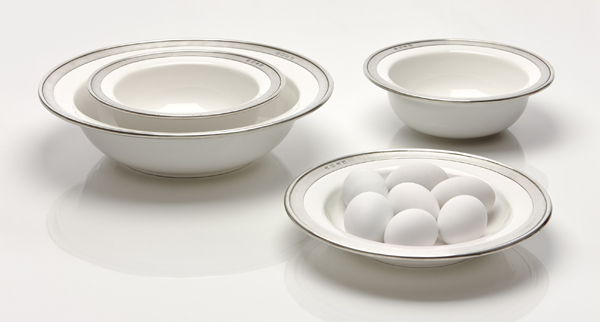 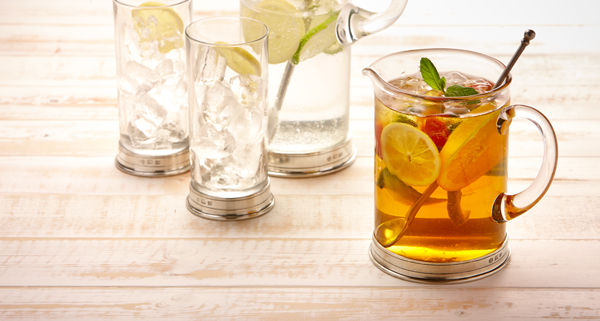