Italy has a long association with pewter dating back to the Eighth Century, where tableware made with pewter was commonly used in many homes. Italian trade in tin, a major constituent of pewter, can be traced back to Phoenician times, with the port of Venice being a major importer from the Middle East, until the 15th Century when cheaper tin arrived from Cornwall. By the Eighteenth Century, many Italian craftsman had to find work abroad, often in the key tin-producing regions such as England, Bohemia, Hungary and Saxony, and a good portion of the precious pewter items present throughout European museums can be attributed to craftsmen working in the Italian tradition.

As far as the style of Italian pewter objects for domestic use is concerned, these kept the forms dictated by tradition for a long time, since the moulds where the metal alloy was fused were rather costly, and were therefore handed down through the generations by the craftsmen.

For Cosi Tabellini, it all started in Lombardy, in the middle of the last century, when Bruno Cosi, great uncle of the current owners, found work in a pewter workshop. It is often said in Italy that no-one can teach you a trade, but by watching and learning you, in fact, 'steal it', and so Bruno Cosi 'stole the craft'; from casting the metal, preparing and filling moulds, to finishing and engraving. 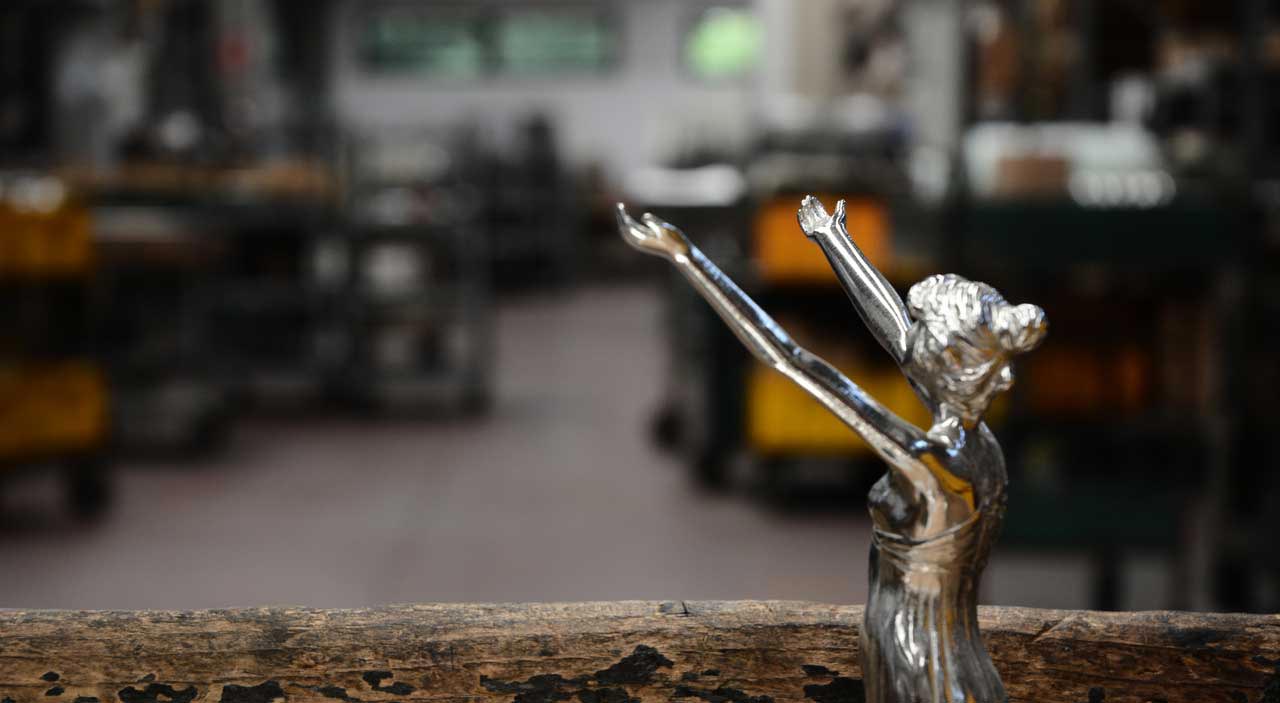 Bruno Cosi went on to establish a small pewter workshop in 1954 with his nephew, Sergio Tabellini, father of the current owners, to create the family business, in the basement of the Tabellini family's home in Brescia, 100 miles west of Venice. It was from here they began to sell their pewter products, travelling with literally a suitcase of samples, firstly on the train, then by the iconic Italian vehicle of choice - the Vespa, and eventually a car, all around the surrounding area, including the cities of Milan, Verona and Venice.

The character and soul of the traditional pewter proved extremely popular in Italy and beyond, and the family company evolved and expanded into the second generation of Sergio Tabellini and his cousin Enrico Cosi and numerous craft workers during the 1960s and into the 1970s, as well as the third generation, where the young siblings, Alberto and Daniela Tabellini, began to help with simple tasks, like packing, alongside childhood games with the chalks used for the moulds.

Alberto and Daniela now own the company and work closely together alongside their longstanding, highly valued employees, including over a dozen highly skilled pewterers and master craftsmen. All are committed to continuing the legacy of the original pieces, including Art Nouveau and Baroque styles, whilst nurturing a healthy evolution of the company by designing and creating modern fusions of pewter with ceramic, crystal glass, wood and leather, as well as maintaining the original company ethos of traditional craftsmanship and family collaboration.